Skip to content
Home/What you need to know about hypertension

What you need to know about hypertension

Salt, fish sauce, and soy sauce are among the top 10 widely-used miscellaneous food items by Filipinos but majority are not aware that excessive intake of these items may contribute to the development of high blood pressure and its complications, especially to salt-sensitive individuals. It is dubbed as “silent killer” because a person may have it without showing any of its symptoms.

Based on the national survey released by the Department of Health in 2017, the total number of hypertensive Filipinos was more than 12 million and hypertension was considered as one of the most frequent reasons for hospital check-up or visits in 2017. It was the 8th leading cause of death in the country according to 2018 data of the World Health Organization (WHO).

According to the WHO, one of the obvious reasons is because of our high average daily salt intake at approximately 2 teaspoons per day. This is more than WHO’s recommendation to limit intake of salt up to 5 grams or 1 teaspoon of salt per day only.

Intake of salt and other food items containing high amounts of sodium must be regulated to decrease the risk of developing lifestyle and diet related diseases. Thus, a less sodium diet is usually recommended for people who are hypertensive.

Sodium is needed by the body to help maintain body fluid balance, blood volume and normal cell function. However, sodium should only be consumed within the recommended amounts because excessive sodium intake may result to the development of high blood pressure.

How does sodium affect blood pressure?

Regular intake of foods that are high in sodium can cause our body to hold more water than it normally does.  This plumps the cells and increases the blood volume in our bodies.  The increase in blood volume causes the heart to work more, thus increasing the pressure in our blood vessels. Over time, the extra work and pressure can stiffen the blood vessels, contributing to the development of high blood pressure, heart attack, stroke, and other health complications.

How to cut down sodium intake? 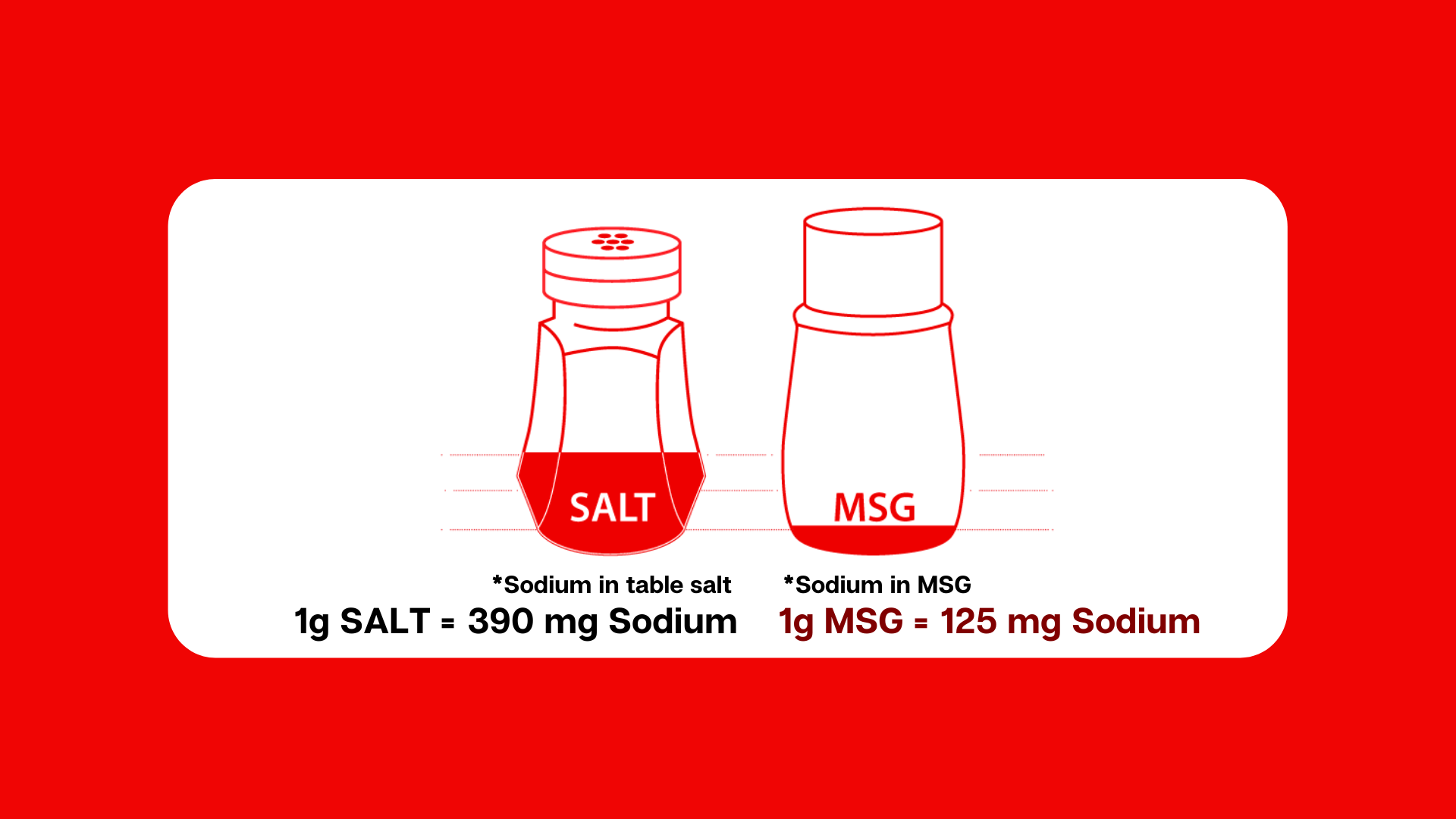 Depending on the recipe, using MSG combined with smaller amount of salt could lessen sodium content by 30% or more.

MSG does not only help in reducing sodium but it also intensifies the natural umami in the dishes. This allows the dish to maintain its deliciousness, despite the reduction in salt. 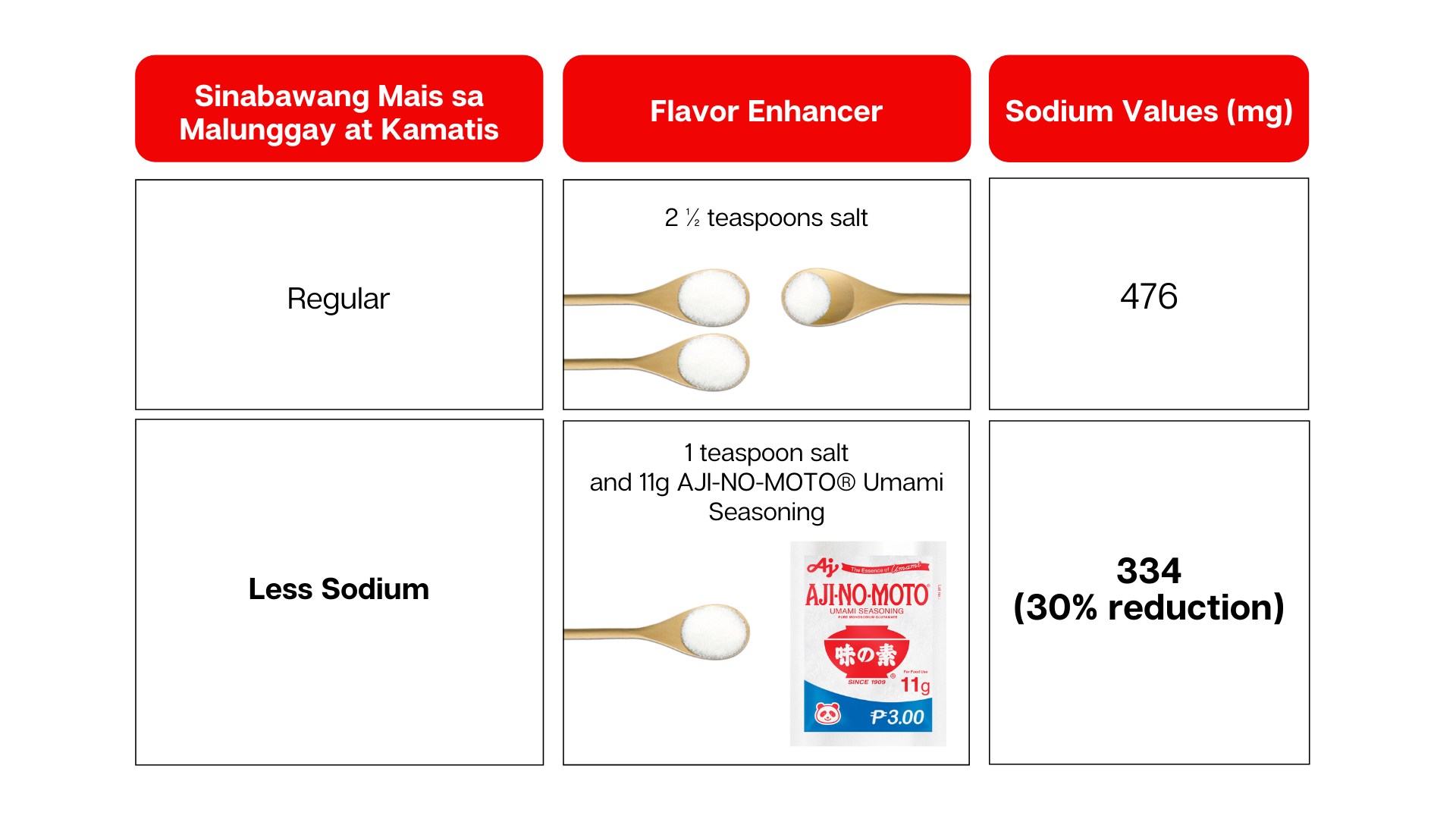 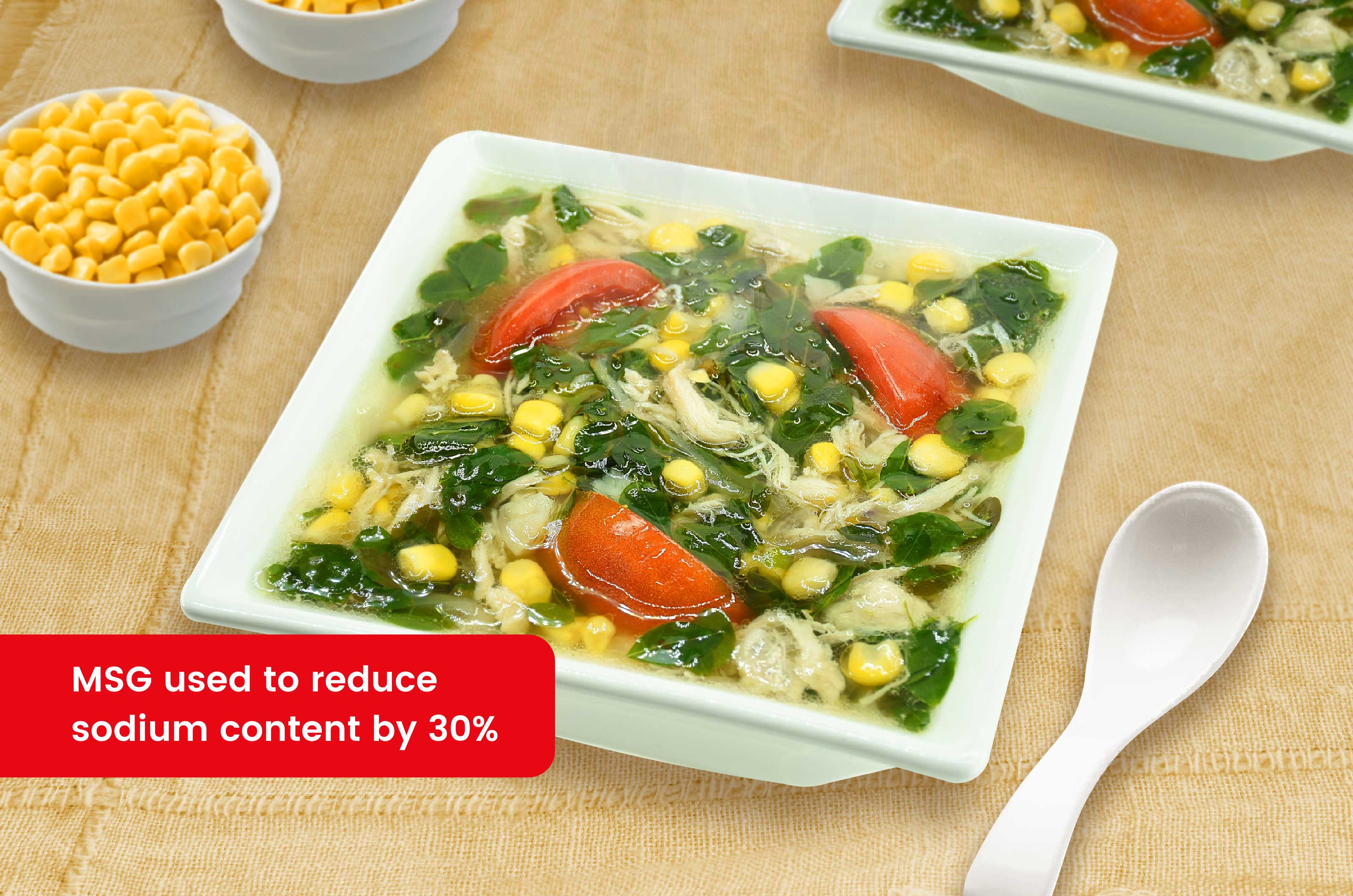 Consider this easy-to-cook Sinabawang Mais sa Malunggay at Kamatis recipe for 5 servings seasoned with 2 ½ teaspoons of salt to achieve desired taste. However, there is a way to reduce salt to 1 teaspoon by adding 1 pack or 11 grams of AJI-NO-MOTO® Umami Seasoning without compromising the taste of the dish. Thereby allowing you to serve a delicious meal that has 30% less sodium.

You can also try this Salmon in Spinach Garlic Dip that has 260mg of Sodium per serving only. 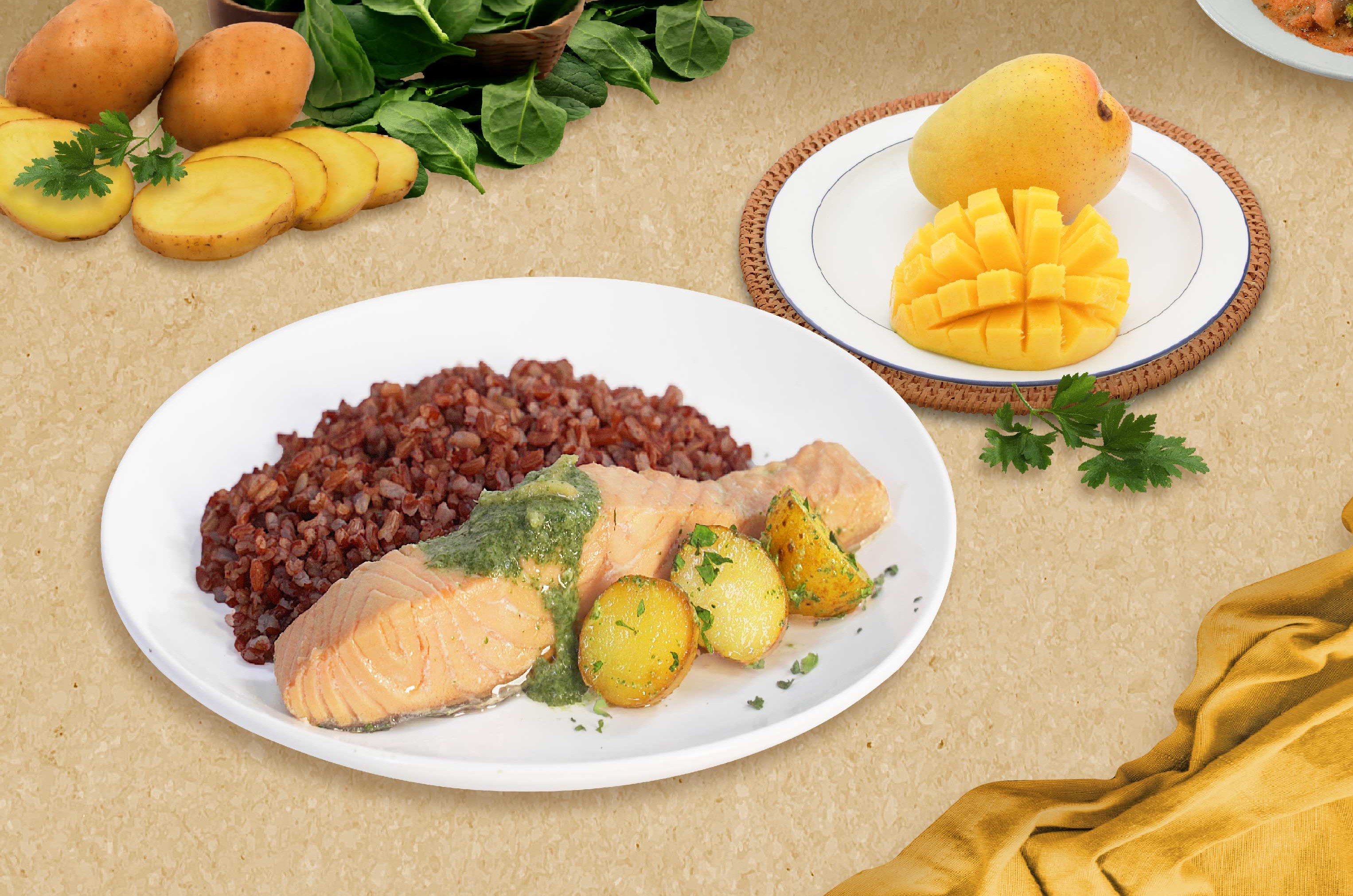 Check out this page for more less sodium recipes: 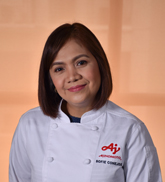 A Private Mukbang Sesh for 2

7 Fish Recipes You Need to Try this Holy Week

What you need to know about hypertension

Salt, fish sauce, and soy sauce are among the top 10 widely-used miscellaneous food items by Filipinos but majority are not aware that excessive intake of these items may contribute to…

What you need to know about balanced meals

In this time of pandemic, having a strong and healthy body is essential since our bodies serve as the first line of defense against sickness from viruses, like COVID-19…

Carbs — Do you need it or not?

Carbohydrates or “carbs” has been one of the center of attention and confusion these days, especially among the “dieting” community…