AJINOMOTO CO, INC. (AJICO) is the only food company named as Platinum Sponsor in the historic 30th Southeast Asian Games (SEAG). The 2019 SEA Games likewise served as a milestone event for AJINOMOTO PHILIPPINES CORPORATION (APC) in its first venture to support Filipino athletes as part of the Ajinomoto ASEAN Victory Project program. Philippine Karate athlete Ms. Junna Tsukii and Philippine Pole Vault athlete Mr. Ernest John Obiena both clinched the much-coveted Gold Medals in their specific fields. Mr. Obiena is the first Filipino to qualify for the Tokyo 2020 Olympics, while Ms. Tsukii is on a race to qualify as an Olympian. 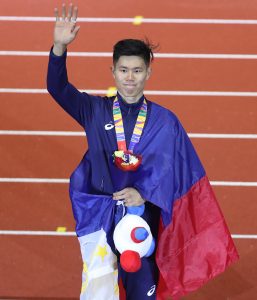 First Filipino to Qualify in the Tokyo 2020 Olympics 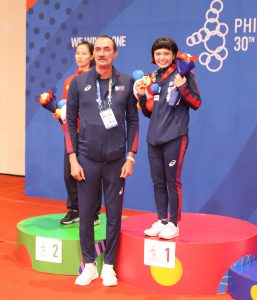 In a bid to be a driving force in the advancement of food and health, Ajinomoto utilizes its expertise in Amino Science to expand its footprints in the area of sports nutrition. In 2003, the Tokyo-based company jointly formed the Victory Project® with the Japan Olympic Committee to stage series of events that highlighted sports nutritional guidance and amino acid conditioning of top-level Japanese athletes. This is done through Ajinomoto’s Kachimeshi® (“Winning Meals”) to support elite athletes in building winning physiques for optimum performance during international tournaments. This Victory Project® has contributed to the success of Japanese Athletes particularly in securing Olympic medals. As early as 2016, AJICO was named as one of the official partners in the Tokyo 2020 Olympics and Paralympics games.

The Ajinomoto ASEAN Victory Project was introduced in 2017 to impart Ajinomoto’s Kachimeshi® (“Winning Meals”) to ASEAN athletes. The contingents involved in this project also went on a winning streak during the 30th SEA Games. Among the 30th SEA Games medalists supported by this project are Thailand Women’s National Volleyball Team, Singapore’s Swimming Team and Indonesian Swimmer I Gede Siman Sudartawa.

According to APC President Tsutomu Nara, “Ajinomoto aims to realize greater wellness for people around the world. We are glad about the turnout of the 30th SEA Games and about the fact that we could help our national athletes achieve their full potentials. We are committed to support our Filipino Athletes and hope to see them thrive not only in SEA Games but also in Asian Games and the Olympics.”

For more information about Ajinomoto and its products, visit www.ajinomoto.com.ph and facebook.com/CookmunitybyAjinomotoPH.