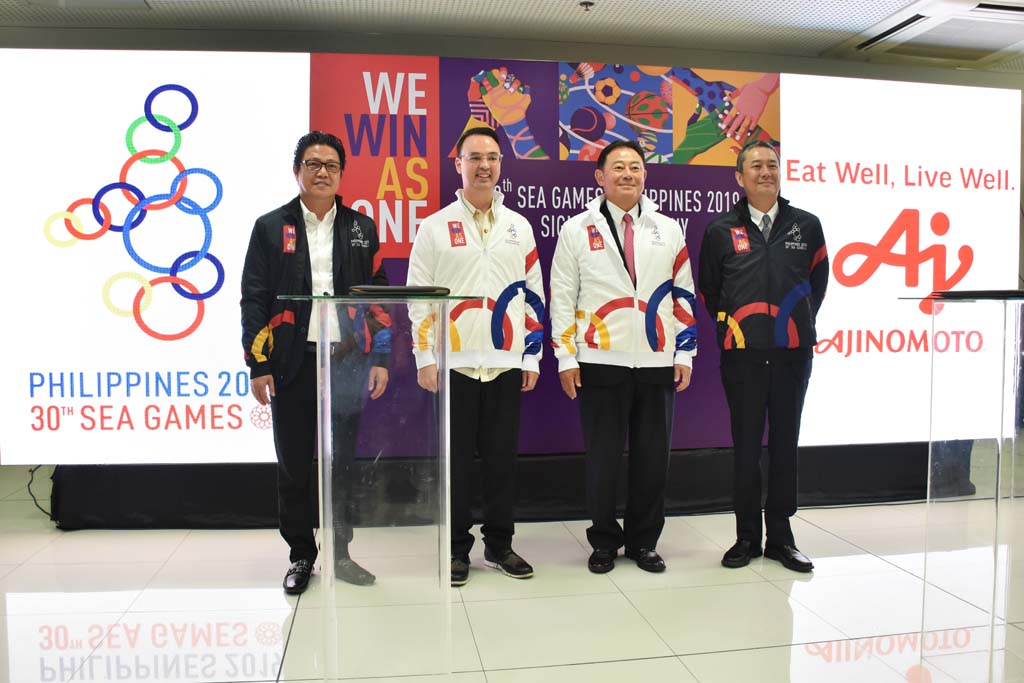 MANILA, 6th March, 2019 – Ajinomoto Co., Inc. (AJICO) has signed an agreement to become a major sponsor for the 30th Southeast Asian Games (SEAG), which will be staged in the Philippines from November 30 to December 11, 2019.

This is the second time in a row that Ajinomoto Co. will be a sponsor of the highest tier in SEAG. The 2019 SEAG, participated by 11 countries in Southeast Asia, is touted to be the biggest in history with 56 sports and 523 events.

“We are delighted to have this opportunity to contribute to the success of this SEA Games, marking the close relationship between the Philippines and Japan,” Kurashima said.

Ajinomoto Co. has been expanding its footprint in the sports area by promoting benefits of amino acids and sponsoring major sporting events. In 2016, the company was named as one of the official partners in the Tokyo 2020 Olympics and Paralympics games. The company jointly formed the Victory Project® with Japan Olympic Committee to stage series of events that highlighted sports nutritional guidance and amino acid conditioning of top-level Japanese athletes. This is done through Ajinomoto’s Kachimeshi® (“winning meals”) to support elite athletes in building winning physiques for optimum performance during international tournaments.

With its strong business presence and familiarity of local food cultures in the Philippines, Malaysia, Thailand, Vietnam, Indonesia, and Singapore, AJICO now seeks to broaden its reach particularly in sports. The Tokyo-based company hopes that by helping athletes achieve optimum nutrition through a healthy diet, it continues being a driving force in the advancement of food and health for the general public.

As an affiliate of the highest-ranked sponsor, Ajinomoto Philippines Corporation will take the cue to create “Winning Meals” through its local quality food products and services and introduce a new sports nutrition brand called Amino VITAL® to support homegrown athletes, as well as extensively promote better nutrition and active lifestyles among Filipinos.

Amino VITAL® is made of the highest quality amino acids that helps athletes with their hydration, endurance and recovery. It has become a trusted sports nutrition brand in countries including Japan, United States, Russia, Taiwan and Singapore.

The Ajinomoto Group is a global leader in amino acids thanks to its advanced bioscience and fine chemical technologies. Its products cover a range of fields such as seasonings, processed foods, beverages, amino acids, pharmaceuticals, and chemicals.

Since discovering “umami” (the fifth basic taste, created by glutamic acid, a type of amino acid) in 1908, we have been scientifically pursuing the possibilities of amino acids, and supporting the healthy lives of people all around the world. Based on our corporate message “Eat Well, Live Well” we aim for further growth and continuous contribution to greater wellness for people by creating value with communities and society. 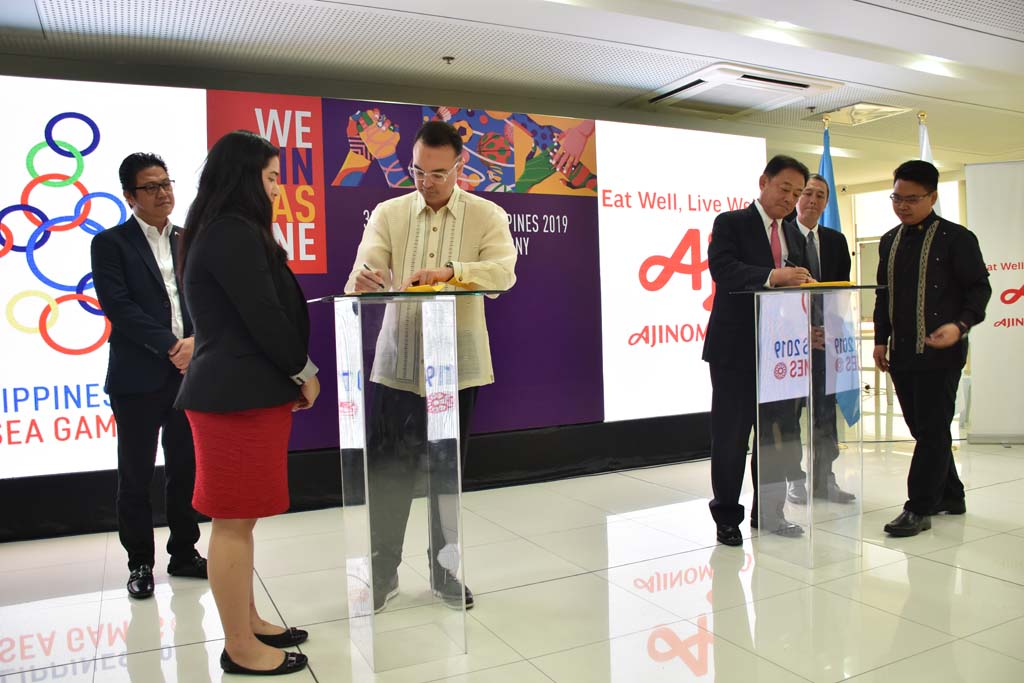 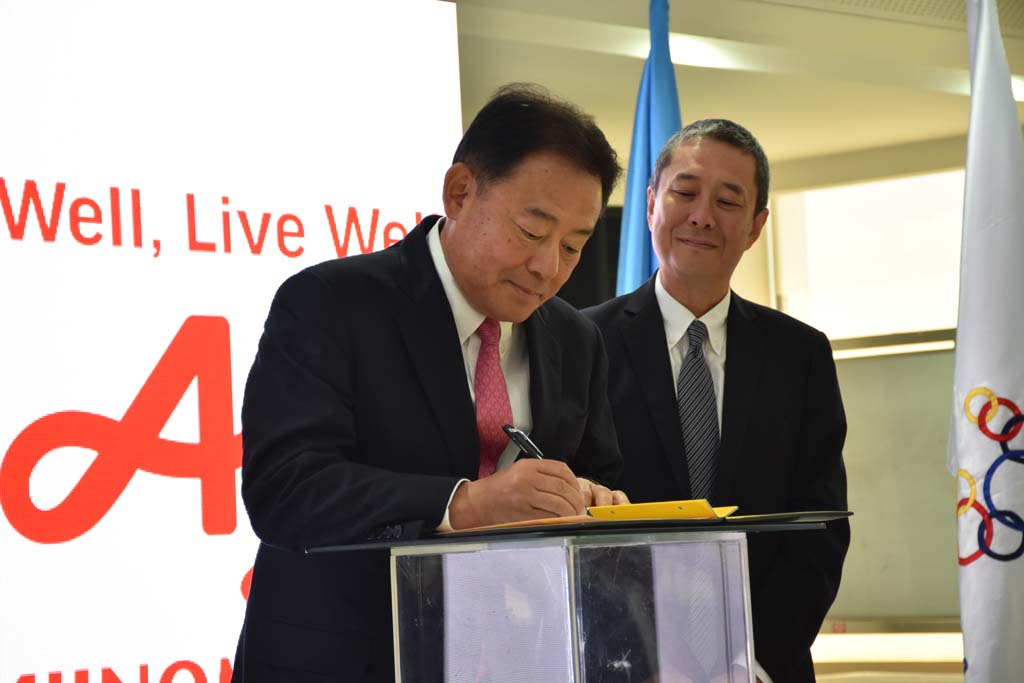 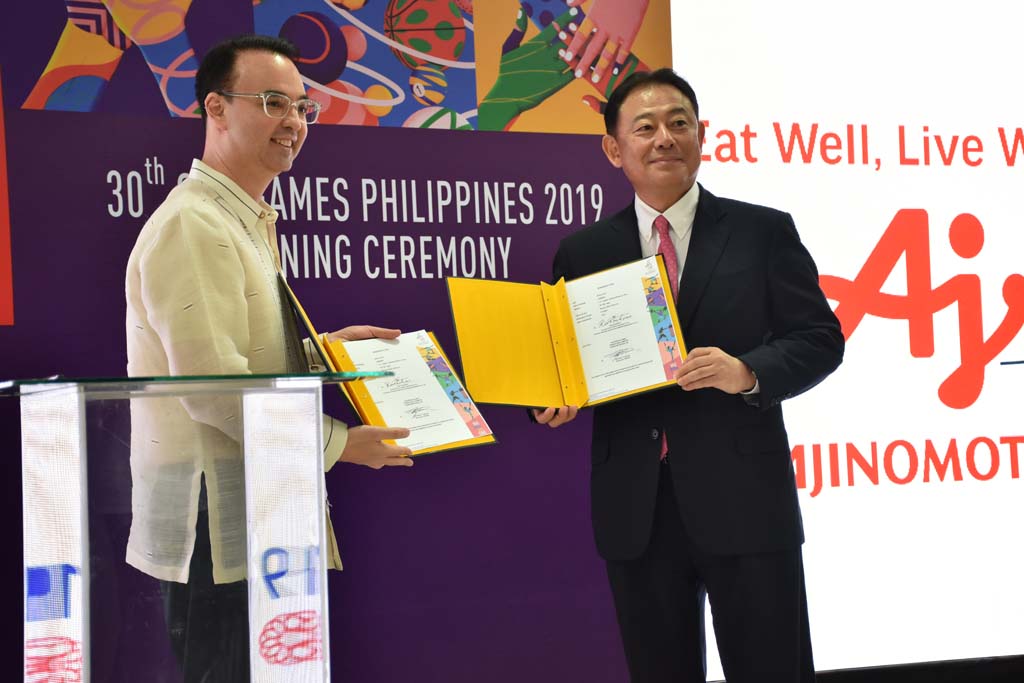 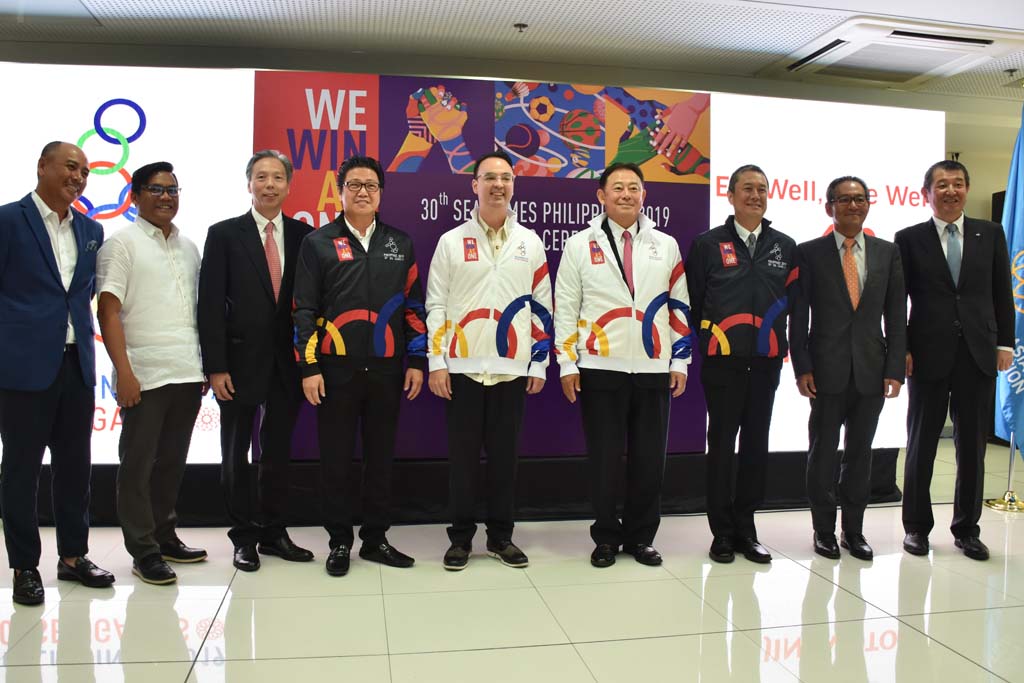 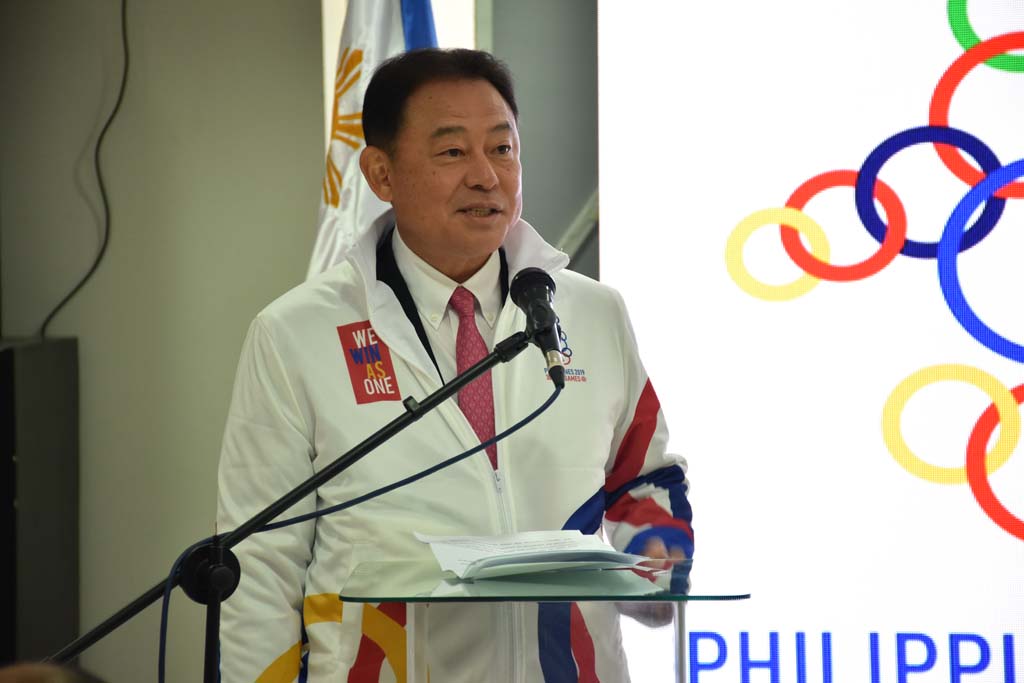 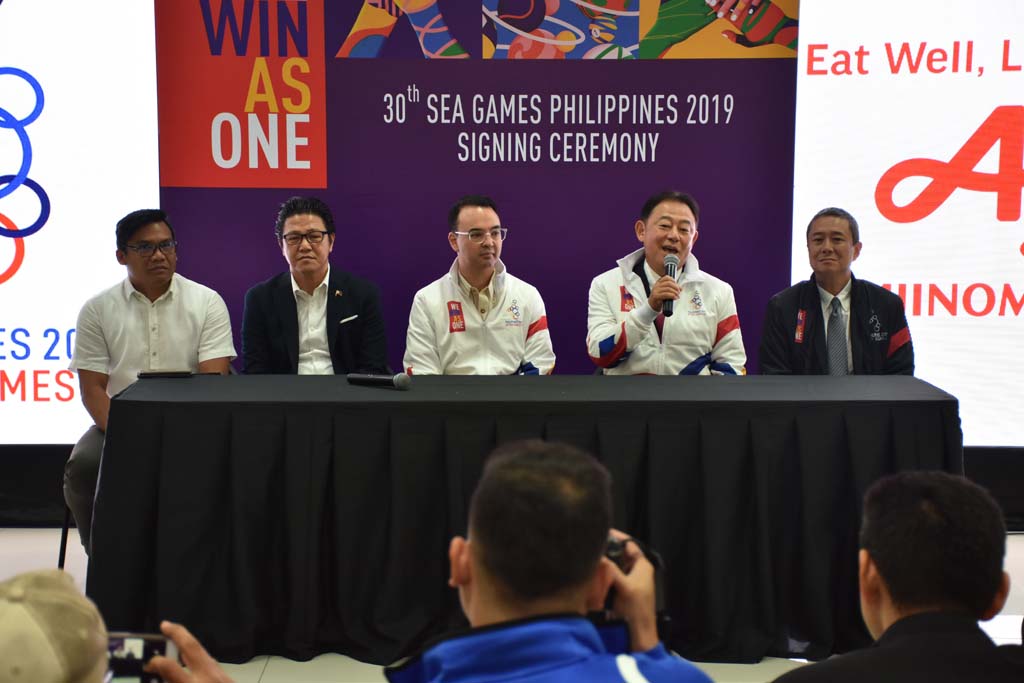 AJICO Corporate Vice President Mr. Kaoru Kurashima addresses a question from the media during the press conference held after the signing ceremony 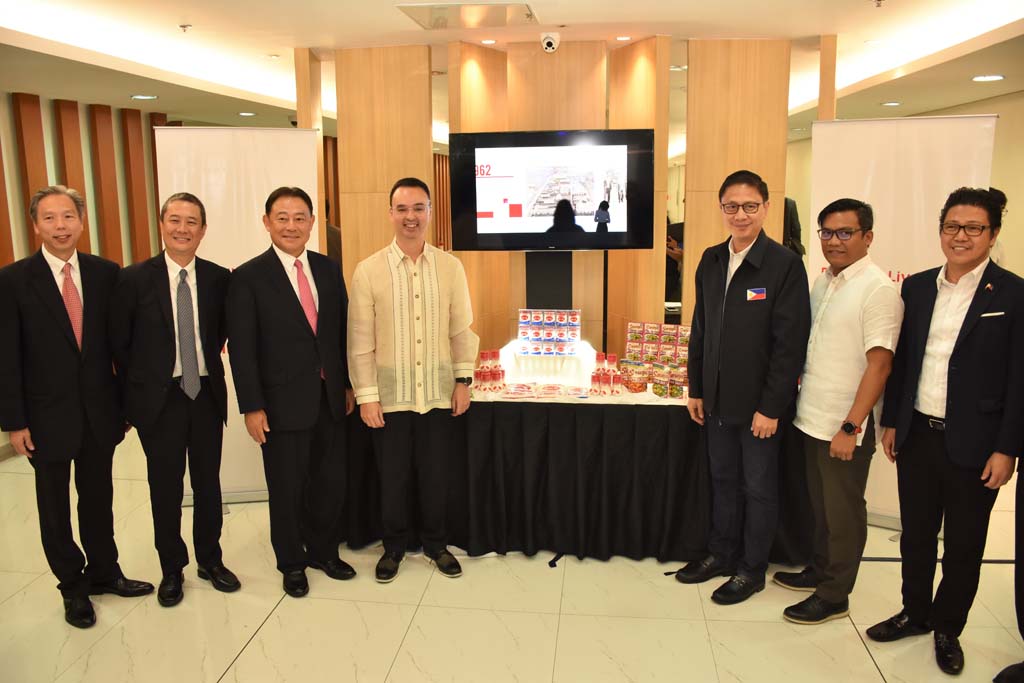