AJI-NO-MOTO® Umami Seasoning is pure monosodium glutamate made from crops like sugarcane, cassava or tapioca.

The use of AJI-NO-MOTO® Umami Seasoning brings out the savory-deliciousness of any kind of dish through the taste of umami.

MONOSODIUM GLUTAMATE: BEYOND THE CONTROVERSY
MSG is one of the most beloved and demonized ingredients in American history. It’s a staple for home cooks and world renown chefs, yet it’s a subject of skepticism as brands and restaurants promote “MSG-free.” After 110 years since its introduction, Ajinomoto Co., Inc., the world’s first and leading manufacturer of MSG, seeks to encourage more conversations about this umami seasoning.

1. What is monosodium Glutamate?

Monosodium glutamate (MSG) is a seasoning that combines sodium (like that in table salt) with glutamate, the most abundant amino acid in nature and one of 20 that make up protein in the human body. Glutamate is also naturally present in foods such as tomatoes, aged cheeses, mushrooms and even breast milk. MSG is digested and metabolized the same as glutamates from foods—the body cannot recognize the difference.

“SOME STUDIES HAVE SHOWN THAT IT IS POSSIBLE TO MAINTAIN FOOD PALATABILITY WITH A LOWERED OVERALL SODIUM LEVEL IN A FOOD WHEN MSG IS SUBSTITUTED FORSOME OF THE SALT.”
–FOOD AND NUTRITION BOARD/INSTITUTE OF MEDICINE

Yes, MSG is safe to consume. Health experts have endorsed the safety of MSG based on extensive scientific research and a long history of use around the world.1-4 Some people identify themselves as sensitive to MSG, however reactions have not been consistently demonstrated in double-blind, placebo-controlled human trials.4-6 In fact, MSG is not considered an allergen.5
Also, the International Headache Society removed MSG from its list of causative factors for headaches in January of 2018.6

4. Where did MSG come from?

In 1908, Japanese scientist Dr. Kikunae Ikeda was the first to attribute glutamate to the unique taste we now know as umami.
He noticed the savory taste in seaweed broth was distinct from the four basic tastes of sweet, sour, bitter, and salty. Following his discovery, in 1909 MSG was patented and commercialized as AJI-NO-MOTO™. Today, MSG is made by a fermentation process that starts with corn.

In 1968, a letter to the editor of the New England Journal of Medicine described the author’s anecdotal account of generalized weakness, palpitations and numbness in the arms after eating at a Chinese restaurant. He noted that any number of ingredients may have caused his symptoms – sodium, alcohol from the cooking wine, MSG. However, the letter spawned the idea that MSG may be associated with such symptoms, which was coined Chinese Restaurant Syndrome.8

Over the last 30 years, American scientists have independently verified that MSG is safe to consume using validated scientific methods. 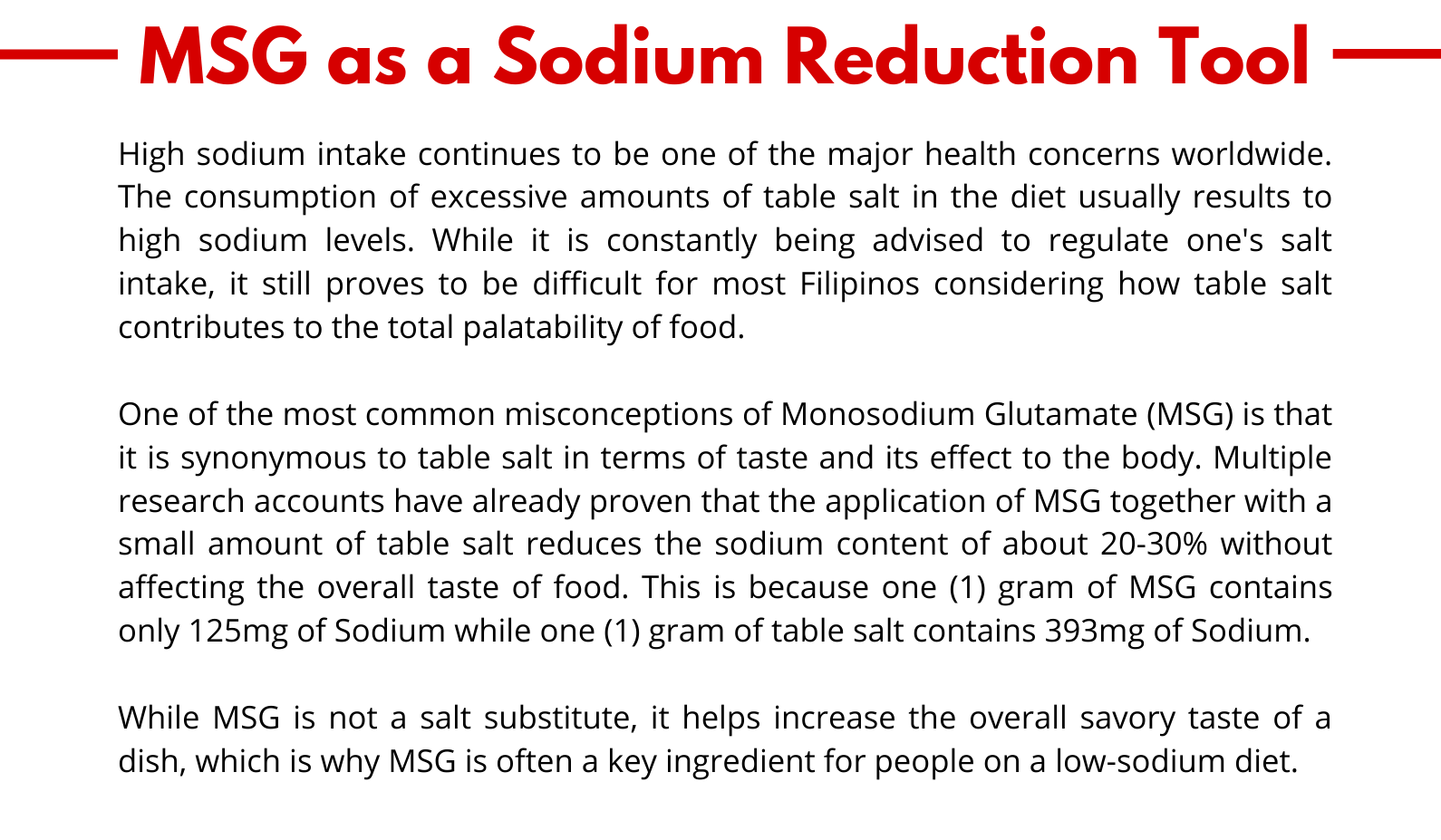 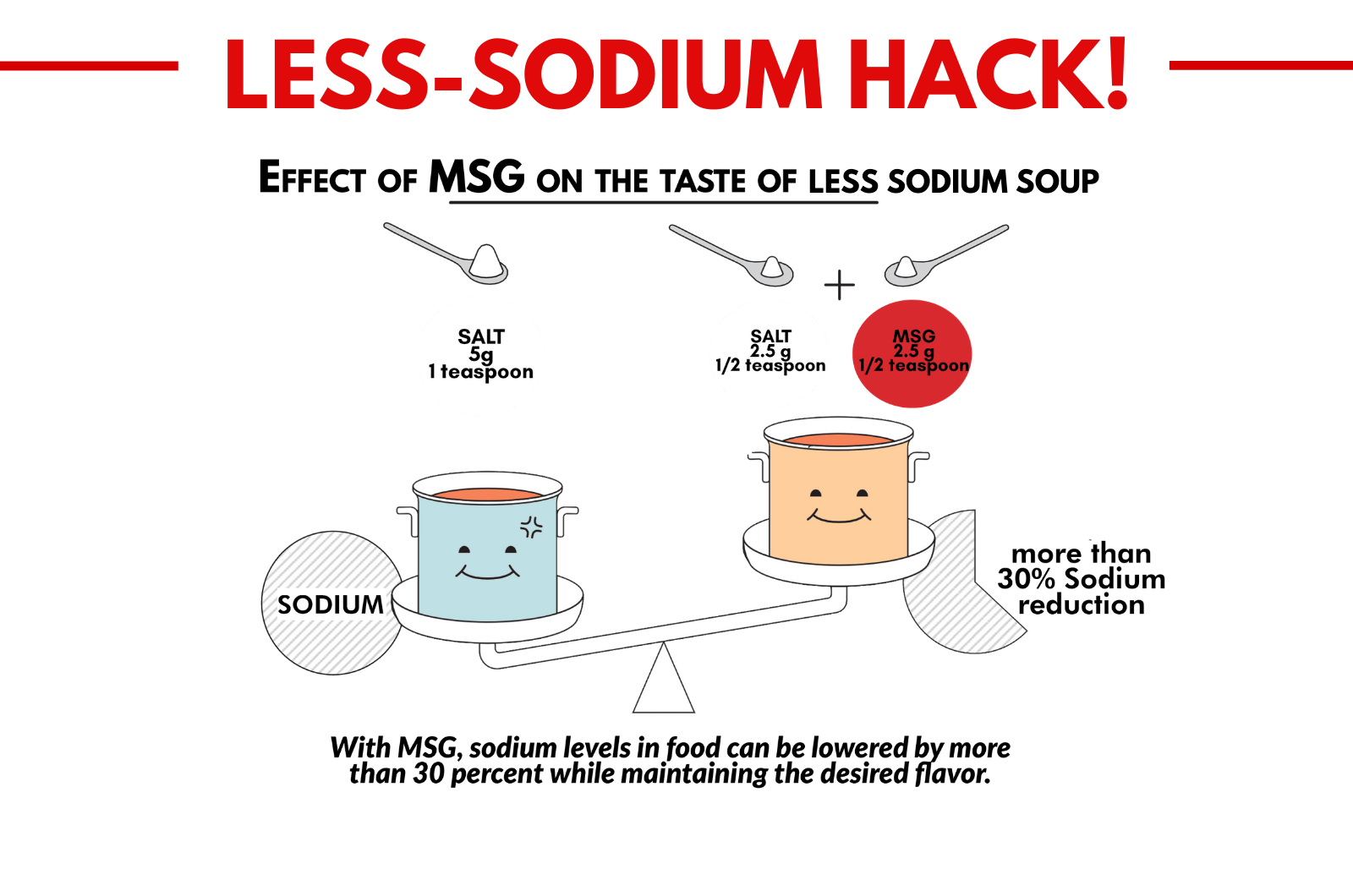 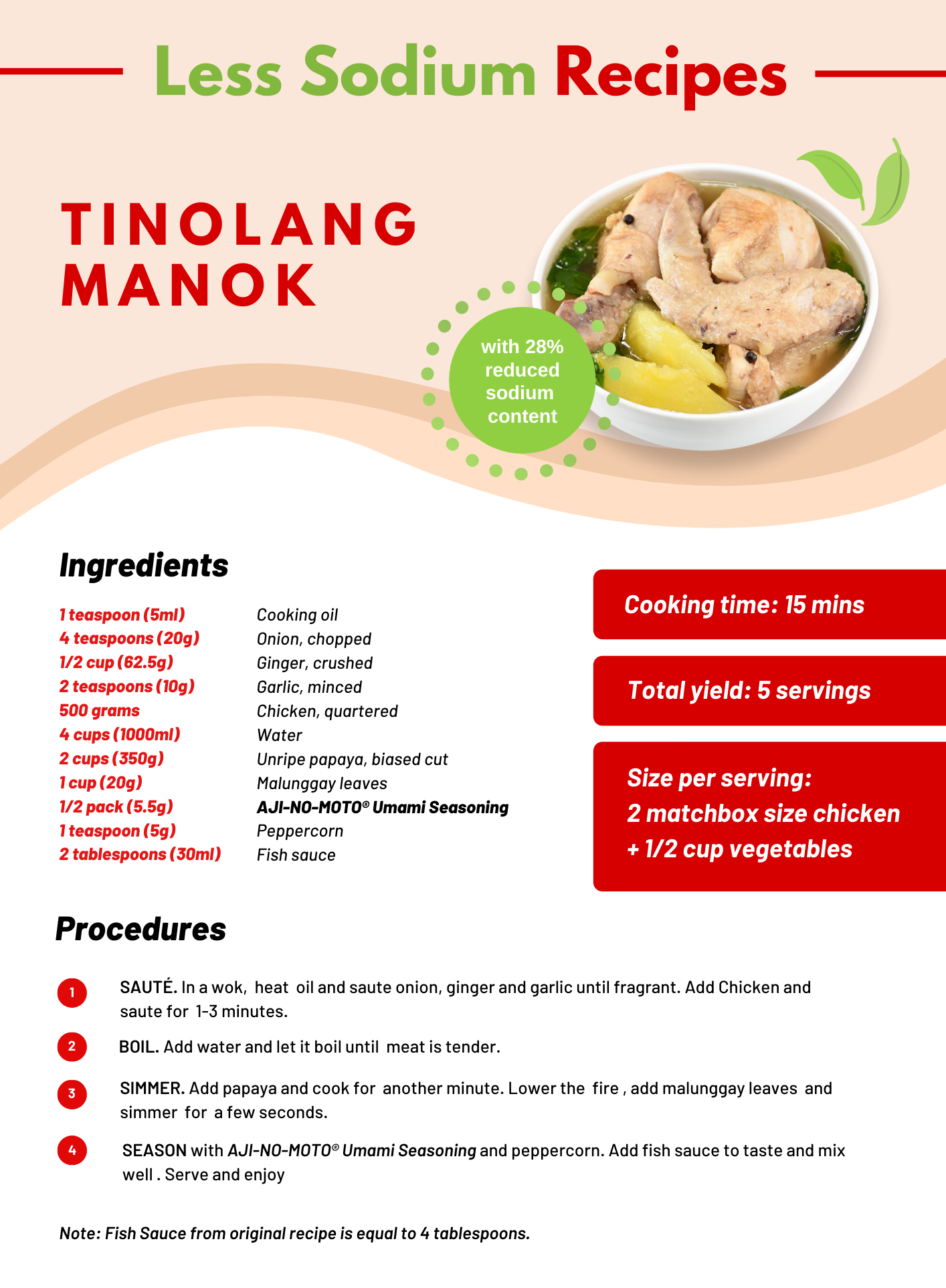 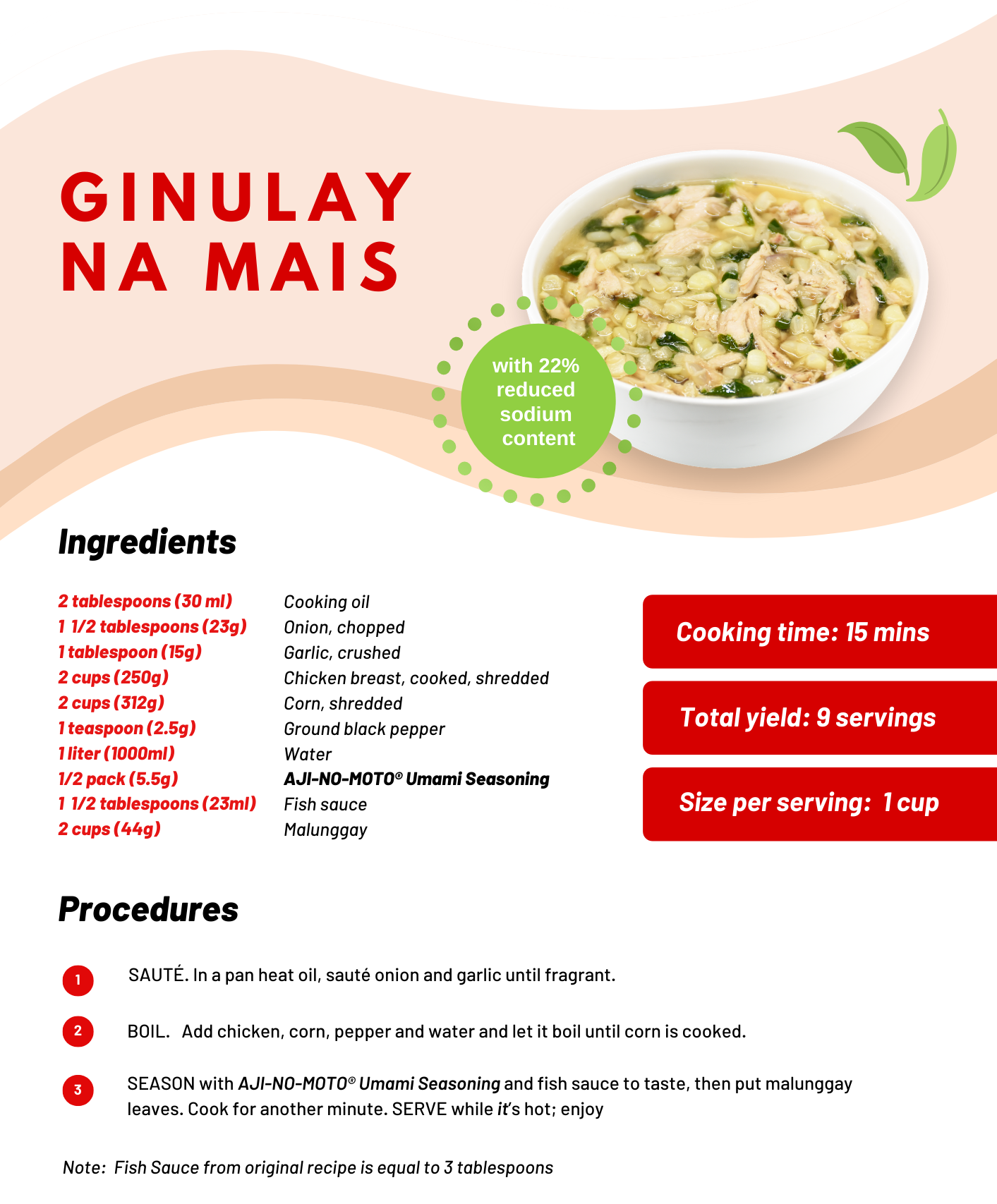 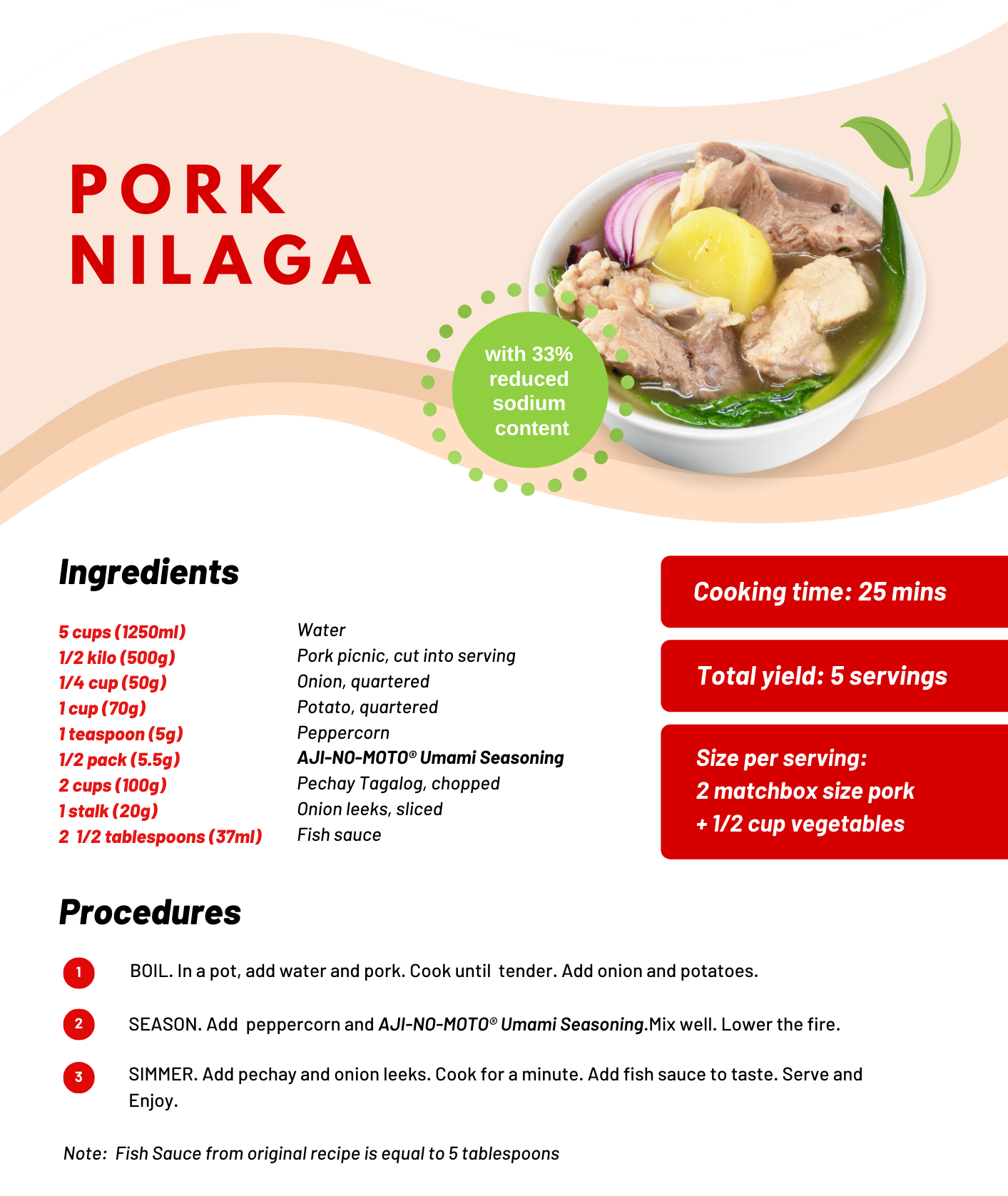